Many aspiring law students prefer to choose among the best law schools in Europe as the ultimate law study destination.

It turns out that many law graduates ends up becoming prominent members of the society such as lawyers, politicians, government officials, consultants, even business people. In few words, it is better to say, law isn’t just a call to justice but a call to leadership.

So why study law in Europe?

Many prefer to choose among the best law schools in Europe because it is obviously the birthplace of legal systems that operate in most of the world.

The practice of Common law in the USA and Commonwealth countries, originated in the British Isles, while you find other countries adopt the system of Civil law which is traceable to Roman law.

It shows why European universities boast of the familiarity and expertise of these legal systems since they have built on centuries of legal custom and tradition.

Proper legal education requires a raw encounter with history which Europe actually has in abundance. When students get in touch with the past, they become thoroughly furnished to chart their own futures, including the futures of all those around them.

Some of the oldest and most prestigious law schools in the world are found in Europe which attracts the top legal minds from a diverse set of nations. Students get to know the globe’s best legal scholars and lawyers, and even join some of the world’s most reputed law firms headquartered on the continent.

Universities in Europe have established high quality LL.M. programs that allow students take advantage of the trends and make themselves unique from their peers, even though you may choose from exclusive list of Low Tuition Universities in Canada.

These and other reasons make the choice of studying among the law schools in Europe so appealing. Worthy of note that no other region have built such a comprehensive, specialized, and prestigious education in law. But with huge numbers of law schools in Europe, prospective students really have it difficult to make their best choice.

READ ALSO:
Study Abroad- Everything You Need to Know About Studying in Poland as a Foreign Student

So below are 7 best law schools in Europe that prospective law students should not exclude from their list:

This institution was founded in 1998, the University of Eastern Finland (UEF) Law School is popularly recognized for its world-class and innovative legal education. The university is among the top 50 universities in the world below 50 years of age in the 2015 QS World University Rankings.

Vast legal trends with an astute sense of social responsibility, the UEF Law School has particularly solid programs in the realms of environmental and energy law. Students can decide to specialize in environmental, energy or trade law, with the opportunity to excel in multidisciplinary research and work with other fields of science.

UEF Law School’s other unique, specialized programs include Master’s Degrees in Environmental Policy and Law, and in Economic and Resources Law.

The program portfolio of the school is up-to-date and highly relevant, especially to prospective students from Africa, Asia and South America, where energy and environmental matters have taken center attention in the ongoing oil and gas boom.

The School is located in the university’s Joensuu campus, a metropolis of 75,000 which is a modern hub of activity that manages to uphold a tranquil atmosphere with endless opportunities for sports and recreation for its breathtakingly beautiful scenery and clean lakes and rivers.

The faculty of law at the University of Oxford is among the largest law school you can find in the UK with up to 30 law schools within the colleges of the university. The student to faculty ratio is approximately 7:1.

There are a number of centers and institutes within the faculty of law, which includes; the Bonavero Institute of Human Rights, Oxford Intellectual Property Research Center, the Institute of European Comparative Law, the Center for Socio-Legal Studies, and the Center for Criminology.

Its proximity to major European Union institutions such as, NATO headquarters, prestigious think tanks and law firms implies that students can develop their law career from experts and network with potential employers.

IES awards an LL.M. in International and European Law, renowned for its exceptional quality and international character. Students instructors are an impressive mixture of famous EU scholars, top-level EU practitioners and practicing lawyers spanning from a supportive setting.

The University of Cambridge has the Squire Law Library which has one of the three largest legal collections in the UK, with almost 180,000 volumes. The strongest collection in UK law, but contains  legal systems collections across the world which includes the US, Australia, Canada and New Zealand. However there are also smaller collections for many other countries.

The University of Cambridge Faculty of Law offers six separate degrees which includes an MPhil in criminology, an MPhil in Criminological research, a diploma in legal studies and the diploma in international law.

The University of Copenhagen was established in 1479, a well-respected institution that has produced nothing less than eight Nobel Prize winners. The University’s Faculty of Law has more than 4,000 students and is the largest out of four law schools in Denmark.

The School offers an LL.M. program that allows for a great deal of flexibility and choice of subjects, and also places strong emphasis on analytical and critical thinking.

The lively campus is conveniently situated in the city center, allowing for easy access to a thriving, cosmopolitan environment. Additionally, students get to experience one of the world’s cleanest, safest and most liveable cities.

Tilburg Law School was established in 1963, a component of Tilburg University, and one of the leading law schools in the Netherlands and Europe. The School is renowned for the quality of its staff; the structure, variety, and depth of its programs; the informal classroom setting, and offered quality of support facilities.

The School offers six English-taught Master’s programs which ranges from International Business Law to Law and Technology. The University generally has a very diverse community that is a host to more than 750 international students from over 60 countries.

The city of Tilburg is the Netherlands’ sixth largest city with a social and cultural scene that thrives. The School is strategically spotted between major cities like Amsterdam, Brussels and Frankfurt, which makes it the perfect hub for adventure.

The University of Zurich (UZH) is the largest university in Switzerland. A highly respected institution with the award record of twelve Nobel Prize to its scholars.

Students can anticipate of being instructed by an international team of lecturers who are experts in subject matters that is not limited to national issues, but encompass a growing and ever-changing body of international law. 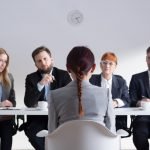 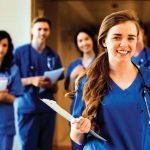