Explore The Advantages Of Schooling In Canada - MyDollarLand.Com

Explore The Advantages Of Schooling In Canada With access to quality and more affordable tuition, safe cities, employment options both during and after the study period, and as a way of obtaining Canadian permanent residence, the choice of taking the advantage of schooling in Canada can be one of the most important, and best, decisions young people from around the world can make today.

Canadian universities and colleges located across the country have attained international standards and recognized for their research and innovation. Canada’s higher education institutions have diversity— varying in size, scope, character, as well as the breadth of programs.

High standards of provided academics and thorough quality controls imply that students may gain an advanced quality education that will enrich their benefits in their careers over the long term. A degree in Canada, diploma or certificate is generally recognized as being equivalent to those obtained from the United States as well as Commonwealth countries.

Canada is most often the preferred choice for students who seize the advantages of schooling in Canada than the option of studying in countries like the United States or the United Kingdom because of the low tuition costs. Canadian international tuition fees, accommodation, and other living expenses remain competitive compared to other countries.

Students in Canada often benefit from the advantage of being able to work while schooling in Canada. Among other benefits, this has a way of making them manage their finances without incurring enormous debt. For you to be able to gain the right to work off-campus, students must:

A common way from student to permanent resident status in Canada is through exploiting something Canada offers that isn’t accessible, or increasingly hard to acquire, in different nations — a post-graduate work permit.

Moreover, certain provinces, which include British Columbia and Quebec, have immigration streams that select a given number of graduates for permanent residence.

Candidates who go for British Columbia’s International Post-Graduate category often enjoy the advantage of not necessarily requiring a job offer and equally able to get their application for permanent residence processed through the federal Express Entry immigration selection system.

Graduate students from a study program in Quebec have the eligible chance to apply for a Quebec Selection Certificate (Certificat de sélection du Québec, otherwise known as a CSQ) through the Quebec Experience Class.

“More than anything, Canada does not consider international to be as a wellspring of revenue for institutions that are privately owned, or to be shown the way out when they have finished their studies,” says Attorney David Cohen. 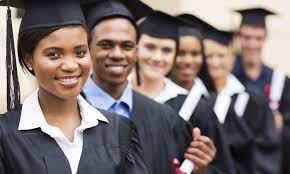